Everyone is aware of the universal appeal of the arts; however, the social, biological, and economic impacts are often unfamiliar. From January 14th-17th 2015, Art is Power had the privilege of experiencing these effects first hand at the 12th Annual Panama Jazz Festival. The festival was founded by globally acclaimed Pianist, Jazz Composer, humanitarian, and UNESCO’s Artist for Peace, Danilo Perez, with the purpose of employing jazz as an agent for the restoration of humanity. The festival was held at Ciudad del Saber, (City of Knowledge) a science and technology park designed to attract research centers, high-tech companies, and foreign universities to improve the quality of life in Panama. According to the Vice President of Business Development, Rolando Armuelles, the city had noble intentions, yet community relations were weak. This changed only when substantial investments into the arts, such as hosting the festival, were made:

All of a sudden, the area is alive and the companies that usually work in biotech and software start to look at us quite differently. You start to get this real sense of community. You can really influence the lives of the people through art and through music. It’s not simply to be socially responsible, but actually be innovative in the sense to also include, not only music, but the arts all together.

Guitarist/vocalist/composer, Juancho Herrera originally from Venezuela, gave Medellin, Columbia as an example of art transforming the context of a city. He explained that during the 1980s, Medellin was known for its poverty, violence, and drug cartels, but due in large part to the government’s emphasis on the arts, the picture is quite different today. In 2013, The Urban Land Institute named Medellin the most innovative city in the world:

The arts change the whole discourse of underprivileged areas being places that you only have crime and no education to places that actually have a lot of tradition, a lot of things to celebrate, and I think that these events are trying to contribute to changing that narrative.

After sitting with Danilo Perez and his wife Patricia Zárate who is an accomplished saxophonist, teacher, and music therapy practitioner, I learned about music’s humanitarian impact. Danilo explained,

Once you create some kind of support system that includes food and other educational necessities, you have to also help in the restoration of humanity. You gotta restore the citizen, the individual; so music provides the opportunity, especially creative improvisation, provides opportunity for the individuals to learn about respect, discipline, teamwork, developing their self-esteem, developing their own ideas. But when they improvise, they have to respect the other ideas and they have to work together, and in doing that they learn a lot of important efficient, practical behaviors that are the key components of sustainable citizens.

Pulling from her extensive background in music therapy, Patricia added the biological impacts of music,

Ken Schaphorist, chair of the Jazz Studies Department of New England Conservatory (NEC) and ten-year veteran of the festival agreed. He described the impact of bringing students from NEC to spend the week as jazz ambassadors working with economically disadvantaged children,

We can get very jaded in a conservatory, and yet for a student here who doesn’t have a conservatory like ours to go to, it’s a revelation. A very simple thing sometimes and a light goes off. It’s like giving someone a tool and then suddenly they’re building things. So the [NEC] students learn to give, basically, and to learn that what they have, the knowledge they have, the talent they have, is kind of a precious thing. 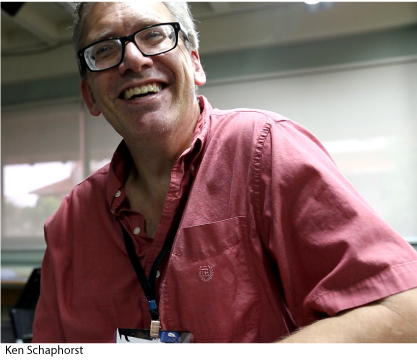 Coming from the U.S. a lot of the time I feel like we are very privileged to have access to this information and to education, and sometimes I almost feel guilty because music is fun. We’re dedicating a lot of our lives to doing this and not everyone can. But after seeing the response and seeing what it means to everybody here, it makes me realize how important it is for us to do it and to help other people get access to it.

The way that people behave on stage for a jazz performance that really means something and has communication flowing from all directions is a model for how we want a community of people to be. Expand that to a city a country, societies in the whole world. We want to have this constant back and forth. If you’re in the audience, what do you see when that flow is happening on stage? You wanna be part of it.

Percussionist Francisco Vielma, understands this well; he is originally from Venezuela, where poverty, corruption, and other social problems restrict opportunities. Vielma has devoted over 20 years to not only becoming a skilled percussionist and composer, but to employing music as a form of social activism through a collective called Movida Acustica Urbana (Acoustic Urban Movement)

The audience connects through rhythm and they are connecting through the language you are creating, even if they don’t understand or play any instrument. You can feel that there is like a conversation. They start dancing right away when you play, and that’s already a dialogue. That’s already a change. That’s already a bridge to share ideas.

I don’t speak Spanish and it’s been really cool actually to just be able to communicate with people as cliché as it may sound through music. When I look at these Panamanian kids perform, I understand what they’re trying to say and communicate, even though I can’t speak the language. It’s been a really humbling experience. I really gained a lot from that, being out of the country for the first time.

Saxophone player Kevin Song felt that the music itself is the central theme:

Fundamentally, it just comes down to making music with each other, with people we’ve never met before, with people whom we can’t necessarily communicate to in their language. But, we can just make something together; I think that’s what we were trying to do.

After experiencing the festival’s amazing music and speaking with participants, enthusiasts, and supporters from around the globe, I walked away understanding much more than when I first arrived. I was both surprised and pleased at how every single person I spoke to was passionately committed to using their talents to dissolve social, economic, and cultural barriers. I was fascinated by the documented cases of the arts literally healing the human body and transforming poverty-stricken cities into thriving metropolises. As Patricia Zárate so eloquently stated, “…after that fact, everything else becomes irrelevant.” 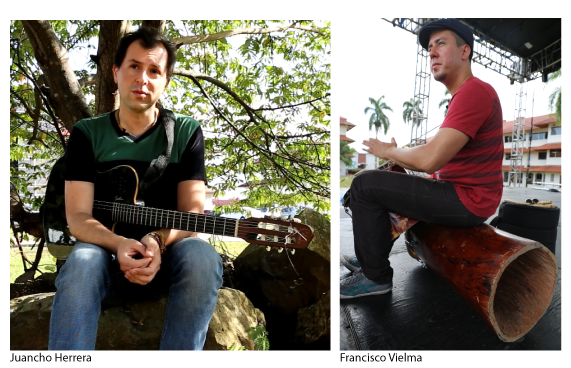 1 thought on “Art is Power Joins the Panama Jazz Festival”