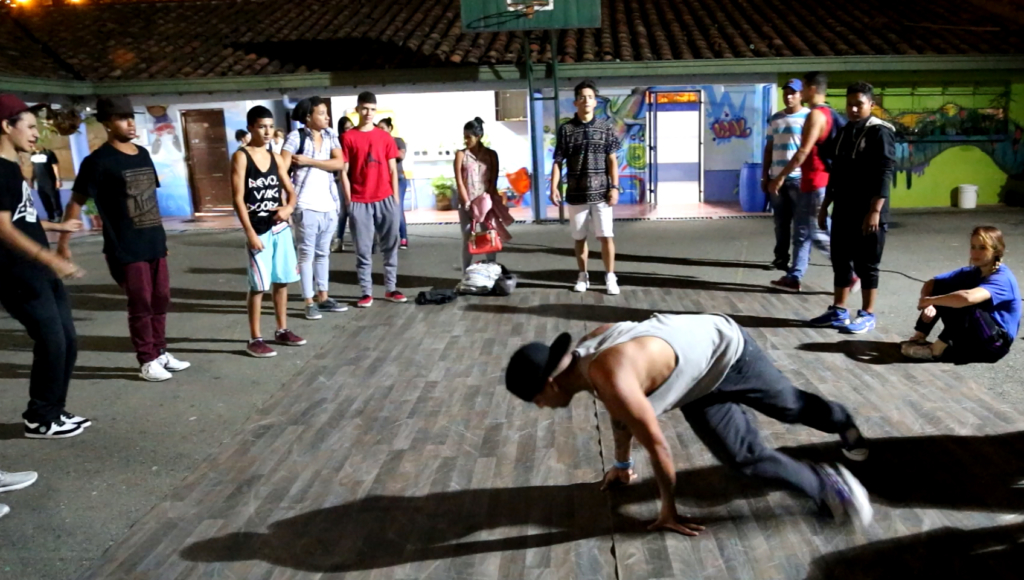 Like in New York City during the the 70s, Hip Hop in Medellin, Colombia developed in a time of intense crisis. The King of Cocaine, Pablo Escobar, ruled the country through fear and intimidation, and his reign of terror touched everyone in Colombia, especially people living in his city, Medellin. The youth were especially vulnerable, and many who were swept up by the drugs and violence lost their lives.

Surprisingly, it was in this bleak period of Colombia’s history that the arts created opportunities for personal and social empowerment. The art forms of Hip-Hop (DJing, Rapping, Breaking, and graffiti) became powerful forms of resistance that provided the youth of Medellin with a platform to reimagine their world and create opportunities to transcend poverty, violence, and social abandonment. Crew Peligrosos 4 Elements School of Hip Hop services over 400 students in Medellin and is supported by a community that, during the violent days of the Pablo Escobar, feared the youth. The organization has a symbiotic relationship with a local public school where Hip-hop classes are held on weeknights from 5:00 pm -10:00 pm. Check out this video to learn about how the arts can liberate and empower people in the most difficult situations.