May the Walls Have a Voice

Carefully written in thick black paint next to her self-portrait, she wrote her favorite Bob Marley quote,

“Everybody is going to hurt you: you just gotta find the ones worth suffering for.”

This middle-school student, who I will call Elizabeth, and 14 of her peers at Renaissance Academy in San Jose, California painted their self-portraits and chose to write either their favorite quotes or their hopes and fears for the future.

The aesthetic component of the mural was inspired by the bright, multi-colored palette of the celebrated Brazilian artist Eduardo Kobra and Artist, writer, and teacher, Deborah Kennedy. 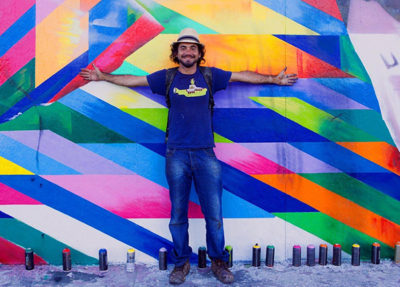 in 1989, Deborah created a transformative installation on the Berlin wall that gave voice to the thoughts and feelings of people who are usually unheard. The piece was completed just 6 months before the wall was unexpectedly dismantled and East and West Germany were reunited. Ms. Kennedy explains:

“I asked ordinary people in West Berlin, East Berlin, and the United States to write down their hopes and fears. I then inscribed 112 metal plaques with these statements and mounted them on the Wall. The inner thoughts and feelings of people from all of Berlin and from both sides of the Atlantic communicated together on the Wall, itself a potent emblem of both hope and fear, East and West. This allowed viewers of the artwork to see both the similarities and differences in the concerns of ordinary people who normally have no public forum.”

The students at Renaissance Academy deserved a similar platform to discuss their own views during the tumultuous time of adolescence, especially since the school in an area lacks many of the amenities that are common in San Jose’s more affluent areas. As I conversed with the students about their feelings about the school, their community and the environment, one student explained,

“I don’t understand why there is so much trash here. Why don’t they pick it up. You don’t see that in Campbell and Saratoga. Those places are beautiful, not full of trash.”

Having worked at schools from Los Gatos to East Side San Jose, I understood sociological reality that he was highlighting. Another student explained,

“I want to be a lawyer so I could help people who don’t have the language to defend themselves.”

I felt honored and empowered that the students shared their authentic feelings, hopes and angers with me, and I knew that this would be the foundation of creating a transformative piece of art. Art is an extremely introspective activity, and when it is done collaboratively, it has a way of displaying raw truth, which is not always easy to see. When the students inquire about their true feelings, they can then understand the authentic reality of their existence. With this knowledge, they can creatively build themselves up to be who they want to be.

In addition to cultivating creativity, the beauty of art has a profound emotional and psychological effect. I experienced this first-hand in Brazil when I visited the acclaimed street artist, Acme who does most of his work in the Rocinha favela in Rio de Janeiro. 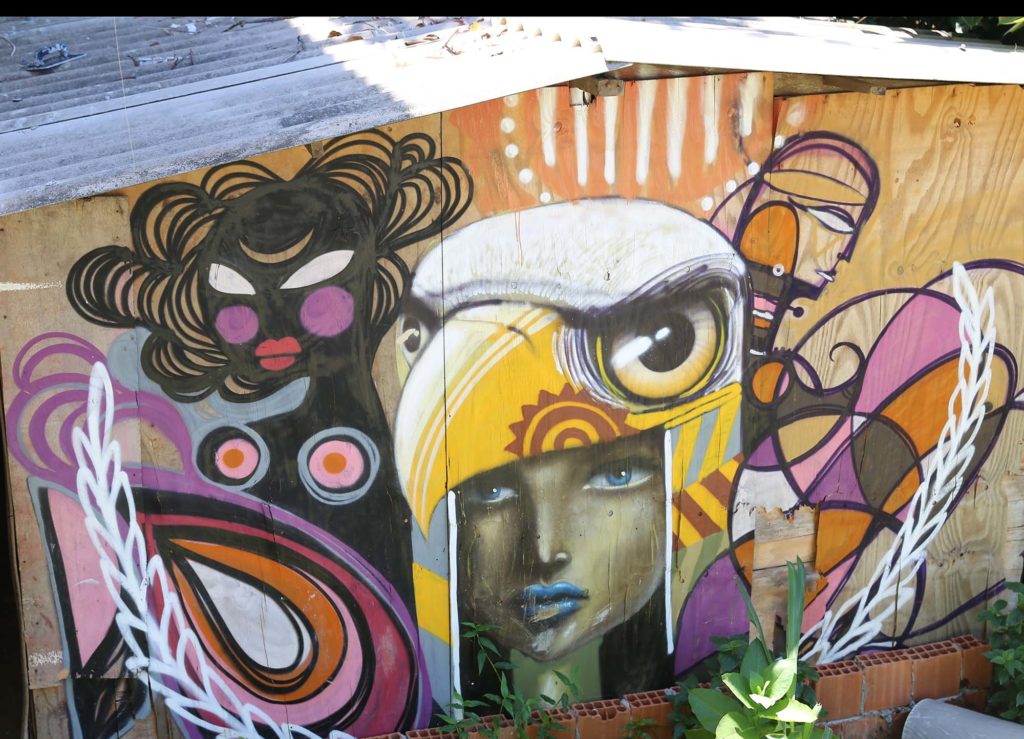 Favelas are not commonly known for being beautiful places. The poverty, violence, and despair can be seen on the bar brick walls; however, when a person adds images of the beautiful aspects of life in vivid color, it changes people’s perspective. It forces people stop, gaze at the possibilities, and take notice of in the beauty that is present in their environment. This can and does lead to individuals wanting to create more of it.

I wanted to recreate this sentiment at Renaissance Academy, and after seeing the expressions on the faces of the students, teachers, and parents, I think we succeeded. Thank you to all the students and staff at Renaissance Academy for the dedication for making us feel so welcomed. Thank you to Erin Salazar of Exhibition District for recommending Art is Power for the job, and a million thanks to Future Arts Now and Unity Care for providing the planning and support. And a special thank you Jaime Sylva for putting all of the extra hours of work, the miles on your jeep, and for keeping me grounded despite a crazy deadline.