What is Art is Power? 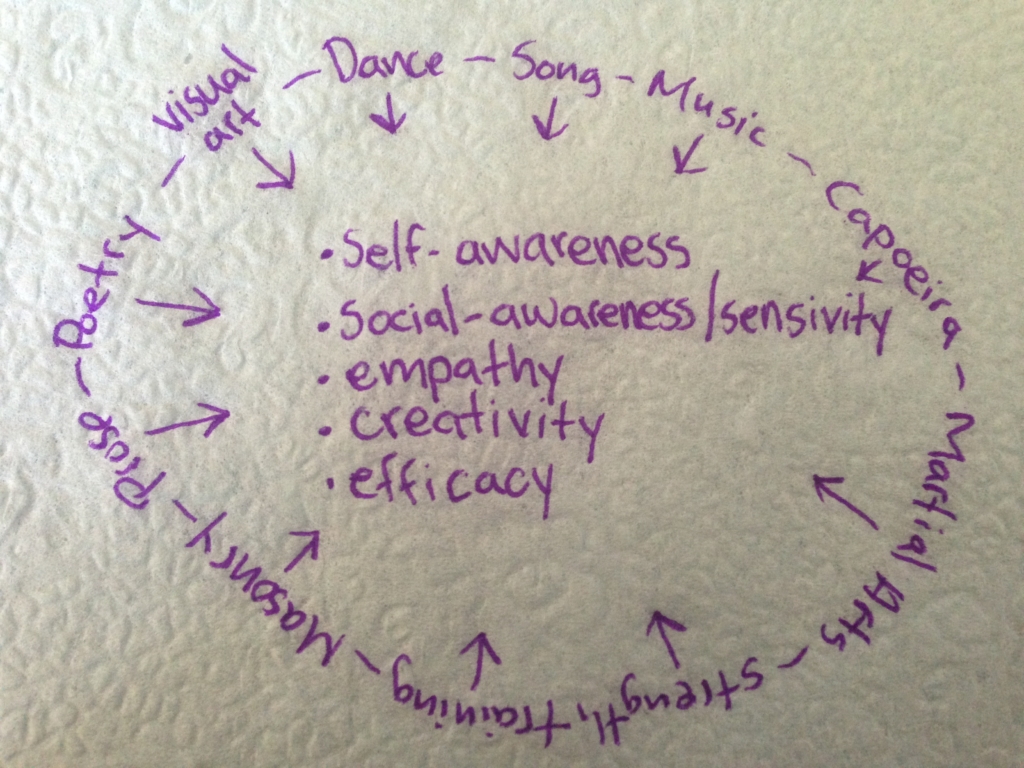 There are two conflicting views on human nature, one exemplified by Niccolò Machiavelli and the other by Jean-Jacques Rousseau. The Machiavellian view sees humanity as selfish and barbaric, whereas Rousseau views human nature as collaborative and predisposed for peace.

Rousseau believed that The Civil State could be realized through an education based on dispositions such as self awareness, social awareness/sensitivity, empathy, and creativity. Machiavelli, on the other hand, accepted the brutality of the world and asserted that it is justifiable to apply force and manipulation in order to gain power.

Though Art is Power understands that the world is rife with bleak realities, we also recognize that our human capacity for creativity and empathy can be applied to rethink and recreate our situations. We showcase examples from around the globe of individuals doing just this through the Engage Educate Empower documentary, and we use these examples to recreate similar programs in the San Francisco Bay Area.

Follow Patrice Milillo on his global journey for an education based on self awareness, social awareness/sensitivity, empathy, and creativity through the arts.
Thank you,