On April 1st, 2017 my partner Kaycee and I drove to San Francisco’s Roxie Theater for the screening of CBS Graffiti Crew’s documentary film, “Can’t Be Stopped,” CBS is a pioneering West Coast graffiti crew that has been around since the early 80s, and you can see their influence from LA, Oakland, and San Francisco to Japan, Paris, and Brazil as well as many other countries.

I interviewed the director, editor, producer, and crew member, Cody Smith also known as Bleek, and we discussed everything from the power of art to what personally drives him to do graffiti.

In this video blog I share my first experience with the art of CBS: I was walking down the street and spotted an old English Skate RIP production, and like a little boy who sees a lizard scurry by and can’t control his impulse to run after it, I exploded across the street. The next thing I knew, I was bouncing off of the windshield of a car and getting hurled into the street. Because of my excitement, I got up and kept running, clutching my disposable camera like it was a million-dollar lottery ticket. The film brought all these memories back, which was nice. 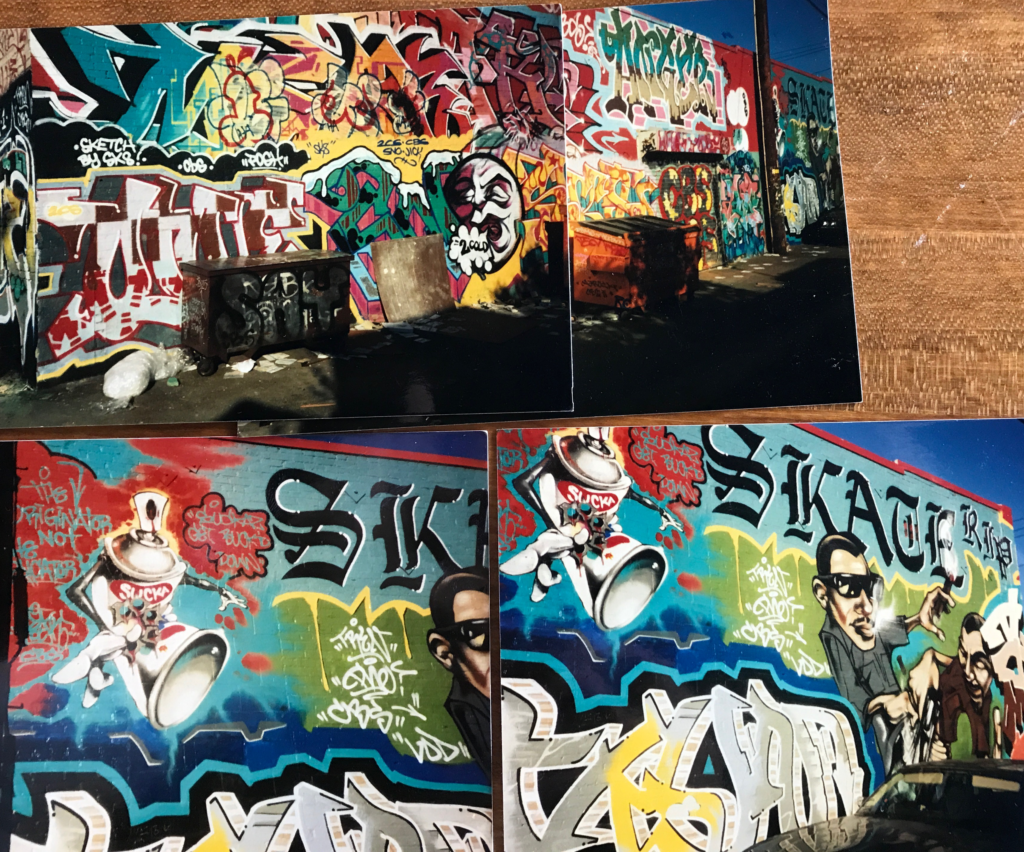 The film covers the early days of the crew and displays vintage footage of Skate Rest-in-Peace. There are interviews with Chaz Bojorquez, Saber, Risk, Seen, Jurassic 5’s Chali 2na, David Arquette, CBS crew members, and many more notable personalities. It was a great night. I learned a lot and came home with a cool new Can’t Be Stopped the Movie t-shirt. I want to thank Cody Smith, AKA Bleek One, and everyone else from the crew who took the time to talk with me. I also want to thank my partner Kaycee Marcos for spending the day helping me film. If you’re interested in seeing the movie, you can go to cantbestoppedthemovie.com