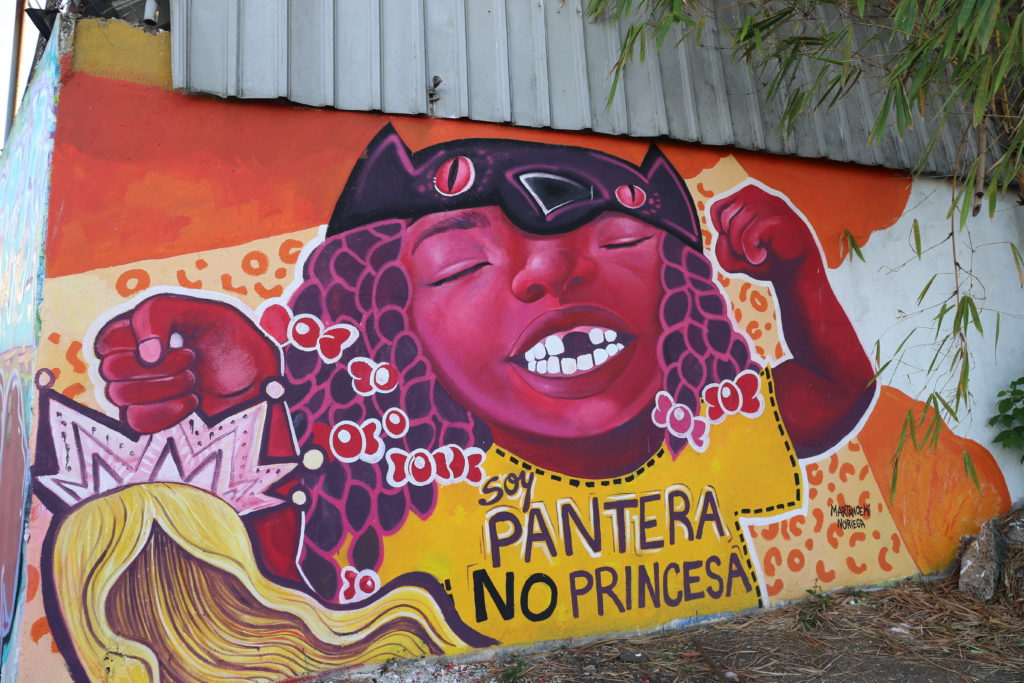 On my first Art is Power tour, I pretty much just showed up in every country I wanted to visit. The extent of my planning was buying the plane tickets and booking hostels for the first and last nights in each of the places. Everything beyond that was a big question mark, so for the entire three-month tour, I basically followed my intuition.

Panama was my first stop. After randomly getting a press pass the International Jazz Festival and interviewing some brilliant world-class musicians, I decided to stay in Casco Viejo, Panama’s historic district, to see what I could find. I showed up to a hostel called Luna’s Castle, booked a bed in a room that had about 16 other bunk beds lined up on the wall, and then hit the streets. I literally walked two blocks before coming to a group of women in the act of painting a public mural. 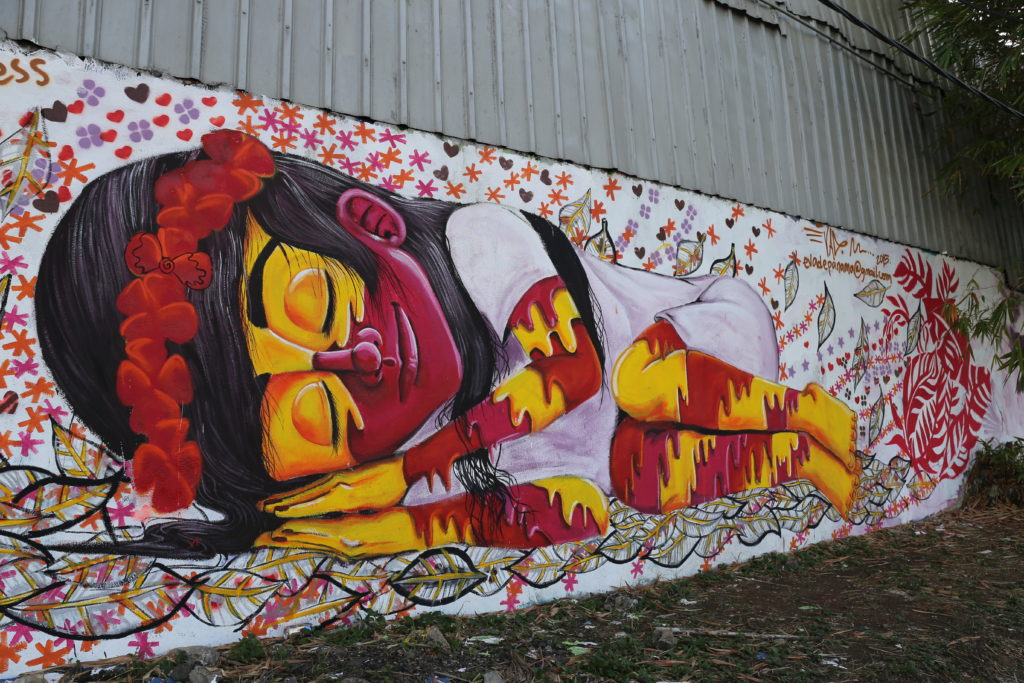 The first artist I spoke with, Kat Yurchenko, who in addition to being an artist and photographer, worked as a lawyer and translator. She explained that the mural, aside from one male, was exclusively painted by women and celebrated female strength. Kat introduced me to her friend Marta Noemi Noriega, a visual artist who works closely with underserved youth in Panama to cultivate self-awareness, social awareness, empathy, creativity, and many other empowering dispositions. Marta also develops and implements community art projects that utilize the talents of musicians, writers, actors, and others from diverse mediums.

A few days later, as Kat, Marta, and I were filming a formal interview, and this is what Marta had to say about why the arts are so important to the development of children:

“Art can make kids be more sensitive about the world around them. It can teach them to listen more, observe more, pay more attention to what’s going on around them, to find inspiration, to understand, to criticize, and to think about it.”

My personal experience with Art is Power is a testament to this. The arts helped me to cultivate the sensitivity about the world and the people who live in it. This sensitivity is critical in understanding how to navigate it interpersonal relationships and seeing the possibilities that can sometimes seem nonexistent. This is especially true in the countries that I have never visited where I do not speak the language. Without the above-mentioned dispositions, I could never have just showed up in random countries for months at a time to film a documentary movie. The arts are part of our human intuition, and when we embrace the arts, we embrace our humanity.
I want to thank Kat and Marta for their generous hospitality and for helping me to understand the power of Art in Panama.