The Paintbrush is More Powerful than the Sword: Art as Resistance 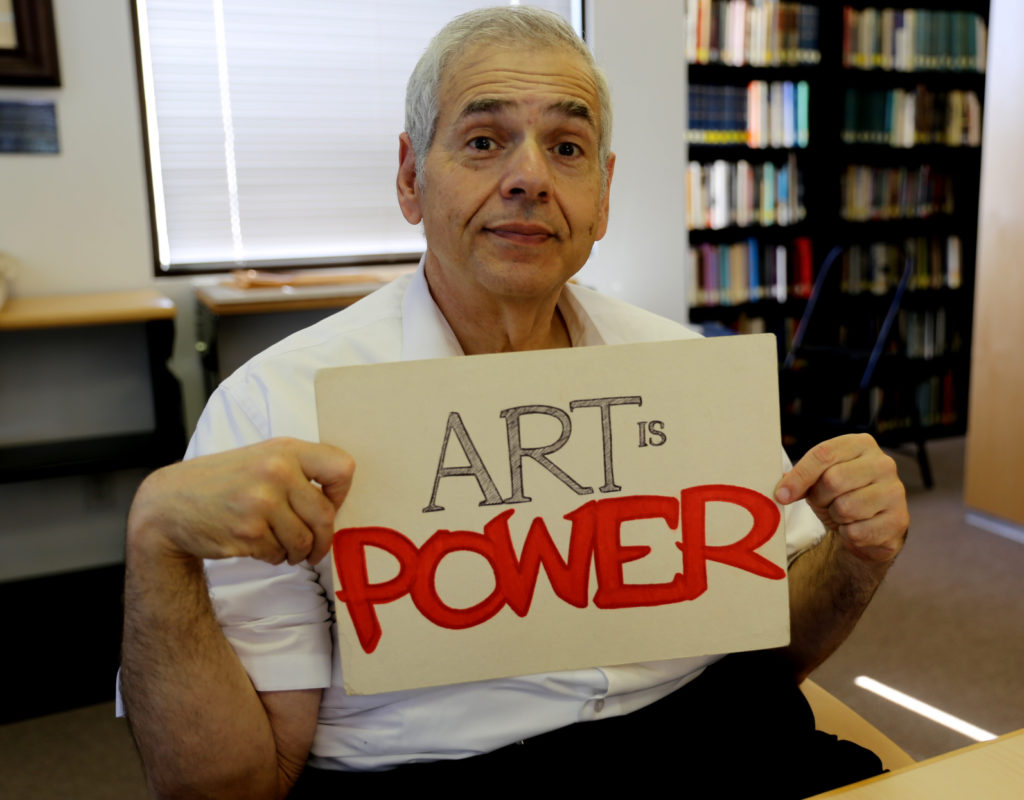 When most people think of the Holocaust, the last thing that usually comes to mind is the role of the arts; however, if you look into it, you will find many examples of people using the arts as a formidable tool or resistance and healing. From the development of art therapy in Theresienstadt Concentration Camp to Quatour Pour la Fin du Temps, (Quartet for the End of Time) which brought internees and guards to a standstill for a moment of beauty in Stalag VIII-A Prison camp, the arts penetrated some of the darkness in one of the bleakest situations in human history.

My research into the topic took me to the to the Simon Weisenthall Center Museum of Tolerance in Los Angeles, California to speak with their Senior Researcher, Aaron Brietbart, who has been at the museum for over three decades. Aaron is a true scholar and helped immensely with my research, which took me to two concentration camps, Sachenhausen in Oranieburg, Germany and Theresienstadt in The Czech Republic. This is what Aaron had to say about the power of the arts,

“Art is extremely powerful. It is a weapon. It’s alike a drop of ink. It may not seem like too much, but once one writes with it, more people can be killed or saved with a pen than with a sword.”

I wondered if the statement would still hold true if he replaced the word pen with paint brush. Can the process of creating a painting save or destroy lives? According to Aaron, the answer is yes. In Theresienstadt, a woman named Friedl Dicker-Brandeis rehumanized children whose identities were replaced with tattooed numbers on their wrists. She did this by stealing art supplies and secretly teaching children to write their names and express themselves through drawing and coloring pictures. On the other end, the Nazi’s used art and artists to create posters, films, parades and other forms of art to manipulate and control the country. In both cases, the arts were a powerful tool.