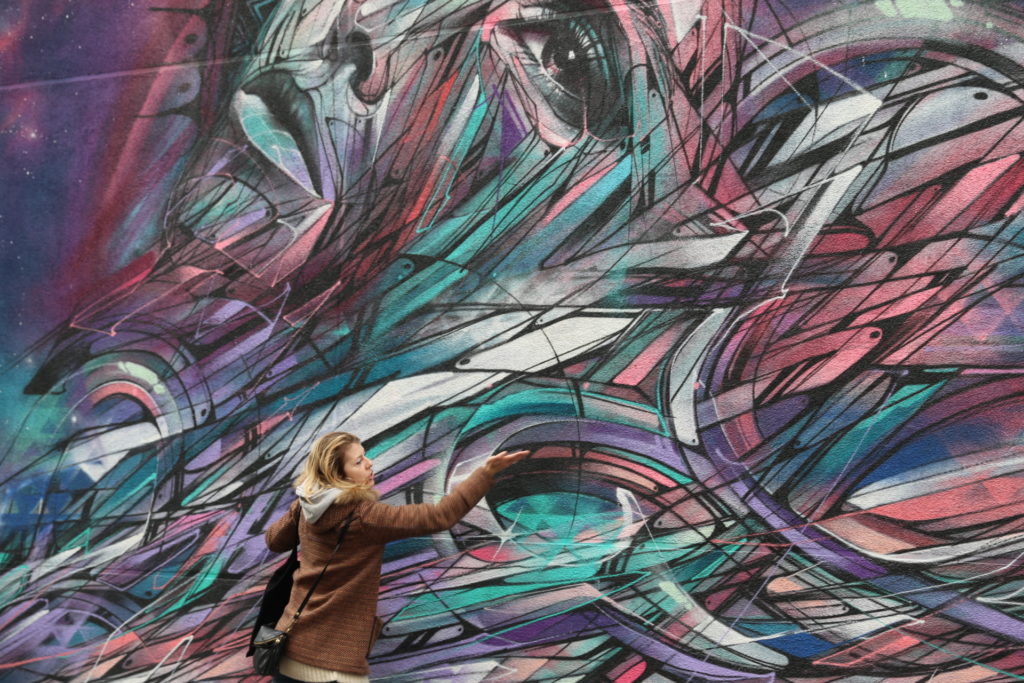 While I was in Paris on my second Art is Power tour, I decided to sign up for a Street Art Tour with a company called Street Art Paris. The tour started in Paris’s 11th district outside of a small cafe on Rue Oberkampf. The guide, Virginie, was as enthusiastic about street art as she was knowledgeable. Previous to her work with Street Art Paris, she worked as a docent and guide at the Louvre and other fine art museums in Paris, which made the conversation much more interesting. 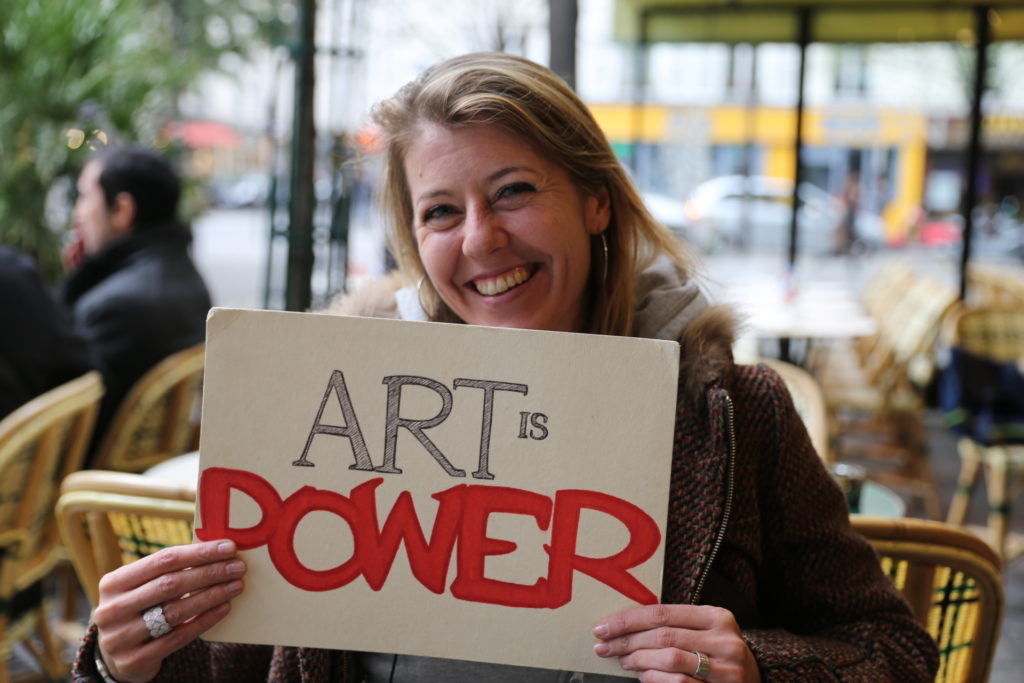 The tour lasted a few hours, and as we walked from neighborhood to neighborhood, Virginie explained the history and grounding ethos of Paris street art. I was thoroughly impressed by not only the quality of the art, but the amount. It seemed as if there was a masterpiece on every corner. 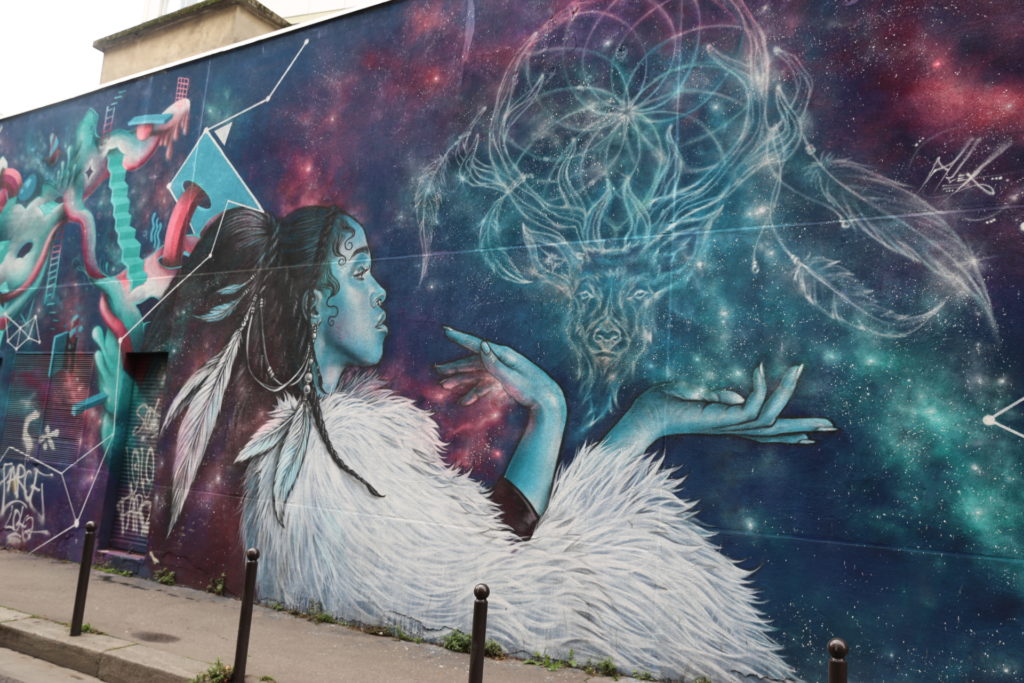 After the tour, Virginie and I discussed the power art in Paris, which is undoubtedly one of the most beautiful cities on the planet. When I asked her what role do the arts have in education, she explained that, because of the fact that the arts embrace diverse perspectives, novelty, innovation, and progressive thinking,
the arts cultivate the ability to,

“Open your mind, open your eyes, to be more tolerant of others”

As an educator myself, I could agree more. In the current climate of high stakes standardized testing that has gripped the United States, students are drilled on skills and so called facts, while social and emotional learning are put to the side. This obviously does not cultivate the ability for students to collaborate with others, a skill that is in high demand in our technologically advanced, globalized world. An education devoid of the arts also limits the ability of students to explore, which is at the heart of any art form or educational endeavor.