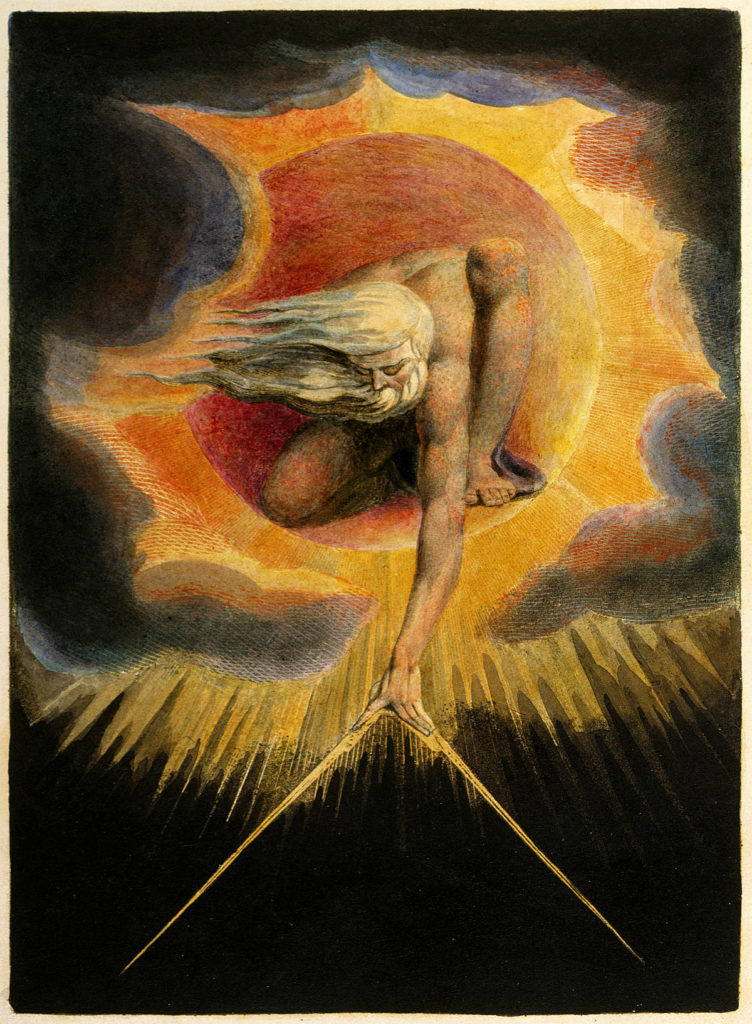 One of the best ways to gain perspective on contemporary issues relating to economics, climate, and social problems is to read the words of artists and intellectuals who were alive in the 18th century, during the Industrial Revolution. Advances in science and technology introduced a combination of unprecedented blessings and curses, and it was the thinkers of the time who made hauntingly accurate predictions about what the future would hold if the social, environmental, and human costs were ignored.

One of the most insightful and articulate voices of the time was poet, painter, and print maker, William Blake. It is mind boggling to see how the prognostications he made over 200 years ago have come true today. He saw clearly how blind obedience to reason and so-called economic progress transforms people into automations that lack any sense of imagination or intuition. He also saw how accepting this philosophy has led to humanity living on a polluted planet that they are no longer connected to.

He believed that one way to combat this degraded state was through art,

“the way to truth and higher consciousness was through the contemplation of art.” He proposed that by immersing oneself in art, a person could experience it not just as an aesthetic but more akin to the meditative exercise a mystic performs in preparation for achieving a higher state of spiritual enlightenment. Blake declared that every man who is not an artist is a traitor to his own nature.” (Shlain, 95)

Having spent the last decade witnessing firsthand how the blind pursuit of material wealth destroys community and nature, I can understand what Blake meant when he called those who become functionaries of this soulless system “traitors to their nature.” The excessive materialism, selfishness, and general disregard for one’s physical and social environment, rob us of meaningful interactions with ourselves and others. Blake articulated this belief in poem form:

You must leave Fathers & Mothers & Houses & Lands if they
Stand in the way of Art.
Prayer is the Study of Art.
Praise is the Practice of Art.
Fasting &c., all relate to Art.
The outward ceremony is antichrist …
The Eternal Body of Man is The Imagination.
(Shlain, 96)