A Gift to the City and an Unrepentant Middle Finger: The Art of Mear One 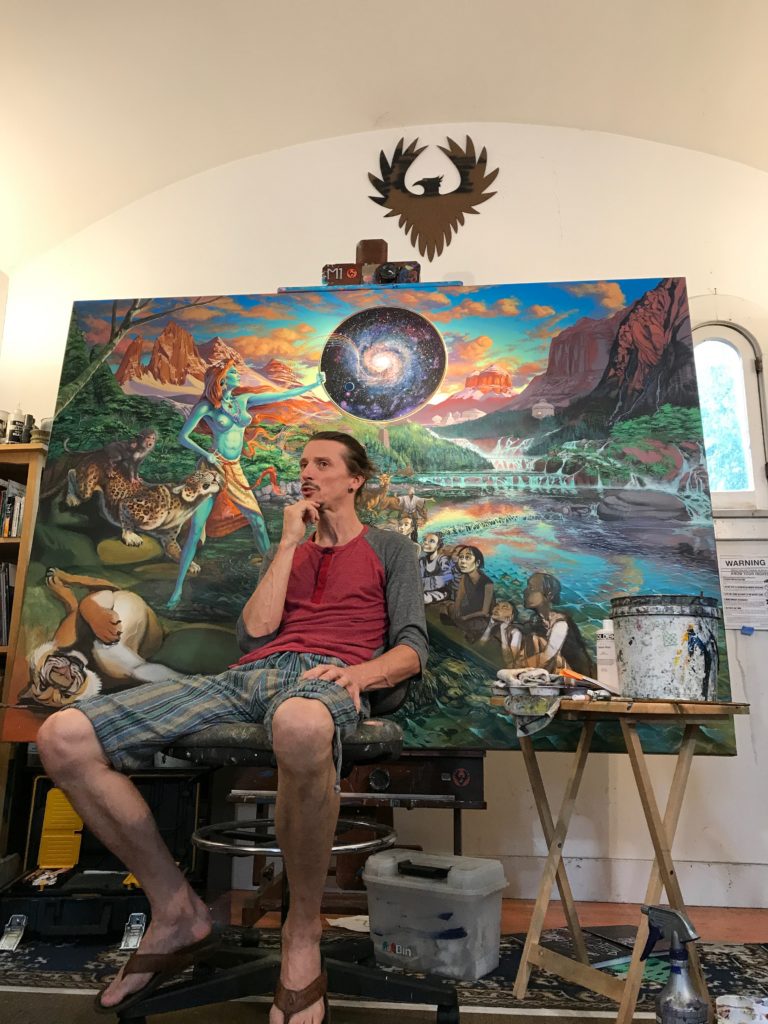 Fine Artist and West Coast Graffiti legend, Mear One, spent his teens and twenties blasting his name and his crew’s initials, CBS (Can’t be Stopped) on walls, busses, billboards, and any other high visibility surfaces in and around the Los Angeles Basin. 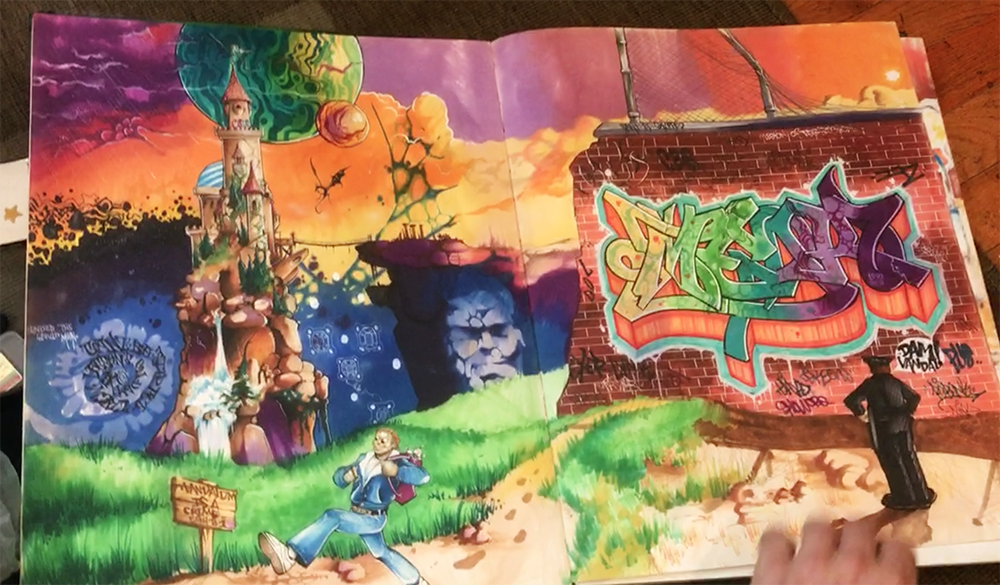 Like many others who took up graffiti, Mear’s work was a paradox of optimism, nihilism, love, hate, and a myriad of other emotions that are typical during the turbulent years of adolescence and early adulthood. The illegality, excitement, and danger inherent in graffiti represents youthful freedom while satisfying the yearning for excitement, adventure, and rebellion. In other words, graffiti is simultaneously beautiful and ugly, art and vandalism, a gift to the city and an unrepentant middle finger.

These days, Mear spends most of his time painting canvasses and murals; however, his work retains the synthesis of the creative and destructive energy, which is one hallmarks of its power. In a recent interview at his studio in Los Angeles, California, Mear explained,

“I’m not really into destroying… anything really, except for, I mean, I still wouldn’t mind seeing someone torch a police car or tear a government building down brick by brick with their bare hands and build a pyramid out of it or something, or build a school for kids with all the supplies. You know, like that’s where my destructiveness is at now. It’s like, actually naw, don’t leave a mess. Like if you’re gonna fuck it up, at least turn it into something nice, just transform it, you know, by any means necessary.”

Mear’s comment is reminiscent of Pablo Picasso when he explained, “The urge to destroy is also a creative urge.” This sums up the work of all great artists and the driving ethos of graffiti. I want to thank Mear One for taking the time to sit down with me and help me understand the power of his exceptional work. To see more of Mear One’s work, visit http://mearone.com/